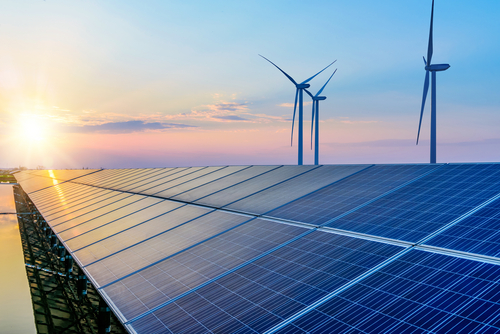 "H2EU+Store" is an international industry partnership founded by RAG Austria AG to accelerate the market ramp-up of green hydrogen in Central Europe.

The initiative is structured as an integrated project by looking at the entire value chain (from production, transport and storage and including the consumer market) of the future hydrogen market.

In onshore Europe, Ukraine offers the best conditions for large-scale, green hydrogen production. Ukraine combines enormous potential for electricity production from wind and sun and sufficient water resources with access to the existing international gas infrastructure for transporting hydrogen to Central Europe. This also is in line with the European Union's hydrogen strategy, in which Ukraine is seen as one of the primary partners for the hydrogen rollout.

Germany shares this vision and has already established an energy partnership for the production of green hydrogen with Ukraine.

The focus of "H2EU+Store" is on the one hand to ramp up and accelerate the production of green hydrogen in Ukraine to be prepared for a climate-neutral hydrogen supply to Central Europe. Therefore, the first step is to create the necessary foundation for renewable energy and hydrogen production in Ukraine.

In addition, the industry partnership "H2EU+Store" is pursuing the inevitable expansion of storage volumes (both for production balancing and to balance the seasonal demand) as well as adaptations in the area of gas transport from Ukraine to Central Europe.

In addition, the industry partnership has entered into a Memorandum of Understanding with the Ukrainian storage and transport operators Ukrtransgaz and TSO of Ukraine to accelerate the hydrogen ramp-up in Ukraine and support “H2EU+Store”.